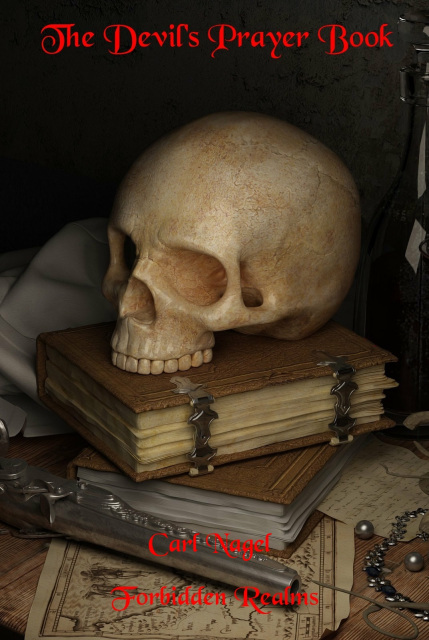 Add to Cart
THE DEVIL'S PRAYER BOOK
By Carl Nagel

The Devil’s Prayer Book is about a powerful supernatural being of medieval times called, the Devil. This mysterious entity who was worshipped, whose powers were invoked in the practice of Black Magic, the Source and Creator of all Evil, the Devil of the medieval Witches’ Sabbath, was said to have had the head and legs of a goat. He was known by various names, among them: the Black One, the Black Raven, the Black Dog, the Dragon, the Hell-Hound, Hell-Hand, and Hell-Bolt.

His transformations were also many and varied, the more favored and familiar forms were a cat, a mouse, a toad, a worm, or in human form as a handsome young man when on one of his more amorous adventures. The signs by which he might be identified, though not invariably, were the cloven hoof, the goat's beard, cock's feathers, or ox's tail. The Greek god Pan with his goat-like limbs is often mistaken as the Devil. The Devil was frequently represented under the shape of a goat, and as such presided over the Witches' Sabbath.

Here are a few things that you will find within the pages of The Devil’s Prayer Book: