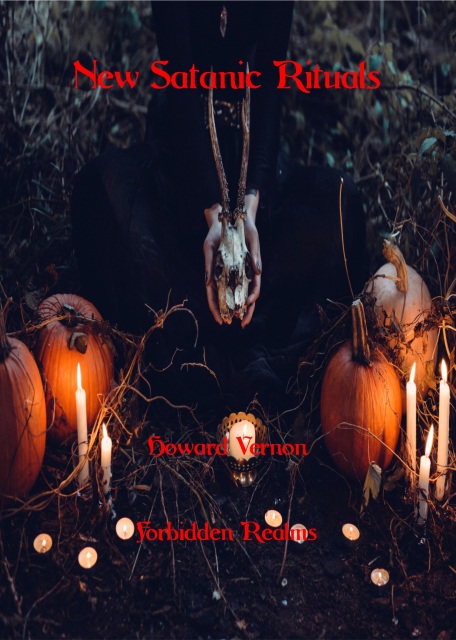 NEW SATANIC RITUALS AND THE TRUTH ABOUT SATANISM REVEALED!

Few subjects are so misunderstood as the forbidden subject of Satanism. In the popular press Satanism is usually associated with the desecration of churches and their grounds, animal and human sacrifice, and all the other obscene acts carried out in the name of the Devil. This image of Satanism has constantly increased since the 1970s due to the number of sensational newspaper articles, books, and movies on the subject.

One point should be made abundantly clear, those who indulge in such activities as the desecration of churches and graves, blood sacrifices, et al, are providing amusement for Satan and his minions. Have no doubt the dark powers will come to them, but they are being made fools of by the very powers they seek to invoke.

Those who indulge in true Satanism are very normal in appearance. They are not a bunch of hooded morons, but very respectable citizens in positions of responsibility and authority. Positions which, more often than not, were brought to them through their involvement with dark magic. One thing you can be assured of: it is the skilled professional person of outward respectability who is drawn to such dark activities.

Satan is the dark father of mankind. Unfortunately, no two occultists can seem to agree just who or what Satan is. Some claim that Satan is an individual entity, while others that he is merely a word used to describe an enemy.

Of little doubt is that there is an arcane energy which responds to the name Satan.

Powerful Black Magic Spells and Rituals can bring cash, wealth, riches and prosperity; they can also bring you passionate lovers suited to your individual needs and desires.
​
In the pages of this dynamic new monograph you will find Potent Spells and Rituals based on magical formulae thousands of years old that can bring you all the money and sex you will ever need. Just think about that for a moment - money and sex whenever you need or desire it. No more worrying where the money to pay the rent, or medical expenses will come from. No more worrying how or when you are going to satisfy your carnal desires. You simply work the Spells and Rituals as described, then sit back and wait for the infernal powers to bring you your desires to touch, feel and possess.

THE SATANIC RITES OF BAPHOMET

This unique monograph reveals satanic money rituals worked in honor of a powerful supernatural being possessing the head and feet of a goat, the breasts of a woman, and the wings of an angel. The name of this demonic entity is - BAPHOMET

The name of Baphomet comes from the Sabbatic Goat image drawn by Eliphas Levi in 1856. Baphomet is invoked when the moon is new, and earthy incense fills the air.

Rituals include: To Receive a Large Sum of Money, To Bring Success, To Bring Good Fortune, For Material Wealth, To Win a Lottery, and For Success in Business.

If these Rituals are worked with constancy and faith, then coincidence after coincidence will follow, as Magic will often work in this way. But before you conjure Baphomet into your life, make sure that you really want what you are asking for.
Copyright ​© Forbidden Realms 2019